Are all creative people midnight owls? (dealing with insomnia as an artist or writer) 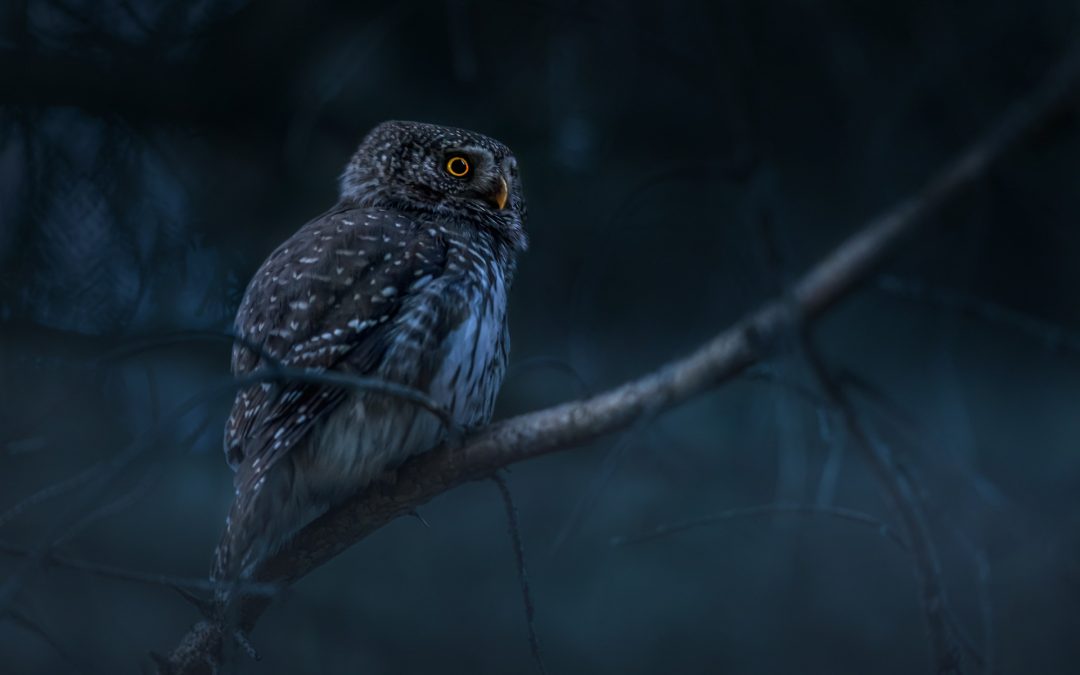 While I can only speak of my own experience, it’s not difficult to recognize that many famous creative people were up late “burning the midnight oil.” We can speculate this is because the peace and quiet allows them to fully drink from the solemn well of inspiration.

Except it’s a little more than that, because it’s rarely a choice: we *can’t* sleep even when we want to. Personally, I have a sleep disorder where I stay awake for about 20 hours and then sleep 10 – so every day is different. (Unless I’m feeling manic, then it’s 6 hours of sleep and a weird-floating/buzzy feeling for days).

It’s not great for my health or life, and while I know I *can* set alarms and function if I have somewhere to be, I’d much prefer not to. Instead, I sleep all I want, when I want… or more technically, I avoid sleep as long as possible, and then crash hard.

It often takes all day for my brain to wake up, and around 10pm it really starts getting going. If I’m in an interesting project, I may count on six good hours of work. It don’t feel like it’s a choice; and after several days without seeing the sun it gets annoying – you can’t go out, everything is closed.

Insomnia usually challenges creative people because they have so much on their mind already, and keep it at bay with distractions… until they lay down and shut their eyes, determined to get some rest. THEN their brain fully wakes up.

What hath night to do with sleep?–John Milton

I won’t suggest melatonin or water or exercise or counting down from ten. Instead (maybe)… get up and get to work. Reread your last chapter. Work until you get stuck. End the scene or chapter in the middle, not at the resolution – or go to sleep thinking about the next thing you need to write or do. Go through your checklist.

You may want to try “midnight pages” instead of the more common morning journaling. Free write until your brain is purged of ideas, instead of trying to turn them all off.

I appreciate this guide, because I feel like the creativity gurus have overlapped with the productivity/morning people. So, chipper, positive thinking, getting up at 6am and all that stuff. Which I feel, deep down, is the antithesis or true genius (organization, planning and goal-setting, mindfulness…)

Raw creativity is an elusive beast to be tempted out and wrestled to the ground, like Jacob wrestling with the angel. Or it’s spontaneous and uncontrolled: a firehose of inspiration.

Maybe it’s not supposed to be channeled and constrained in predictable, healthy ways. Maybe it’s the flood of endorphins and serotonin which is by nature unsustainable and can only be followed by a hard crash and restorative period.

I hate the idea that creative people might feel guilt or shame about being unproductive, or not being able to finish things reliably on a set schedule, or wishing they could be *different* or *better*.

At night, when the objective world has slunk back into its cavern and left dreamers to their own, there come inspirations and capabilities impossible at any less magical and quiet hour. No one knows whether or not he is a writer unless he has tried writing at night.–H.P. Lovecraft

Quick summary: Stable, healthy habits are not conducive to actual creative progress. They may help you with the practice, skillset, acumen and effort in building a body of work, but it may not be good work. Real creative work is rarely careful.